Guile rather than aggression is the UK’s likely posture

Guile rather than aggression is the UK’s likely posture 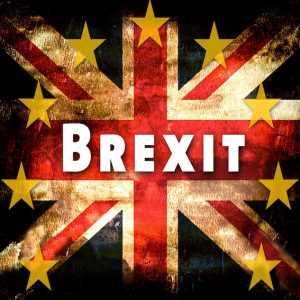 NOW THAT Article 50 notice has been served, the two sides are shaping up. What do we learn? First, we heard of Merkel’s relief that May used language signalling that the UK will stand by a telephone promise not to promote splits. Nonetheless a day later, Tusk was steadfast as to the agenda, exit bill and sector opt-outs. He offered hard words about deregulation and the ECJ and did not flinch from stepping on British corns by way of Gibraltar and Northern Ireland.

The EU’s megaphone diplomacy finds its customary echo among agonised Remainers. They commended May for her statesmanship in refraining from repeating her “no deal is better than…”; and pilloried her as a bully for touching on the UK’s intelligence and military efforts. We also hear other favourites: the puissance, maturity and accomplishment of the EU; by contrast, the UK’s fragility, childishness and unreadiness. Now as formerly, this need not be taken seriously: shortly the matter will be played out before us. Some thoughts:

Now the UK faces the paradox that the EU’s fundamental weakness turns out to be a negotiating advantage. This is because the UK has a lively interest in keeping the EU going, prizing its contribution to the continent’s internal stability, even if acknowledging that its style of business is not ours. Even so, at a time when the EU itself is keenly aware of its challenges, HMG has no wish to reinforce a mood that “we must hang together…”

So the UK can’t go after the EU aggressively. HMG may chance some backdoor diplomacy to peel off the odd member-state. No doubt, it will try for a hearing from German manufacturers, though it should expect slim pickings. The occupants of Deutsche Industrieplatz are all too aware of the benefits they obtain from the Euro and are used to being slapped down for the greater political good.

The UK may do better by reminding the French of their aerospace, agricultural, car-making, nuclear and publicly-owned exposure to the UK economy; the Spanish of their fishing fleet’s enjoyment of British waters; the Poles of their 800,000 expats on our shores. Even so, no-one in King Charles Street wants their fingerprints all over an outbreak of continental defiance intended to rectify disunity, let alone to be seen encouraging a break-up.

So those of us given to aggression had better warm up to never seeing the trillion euro counterclaim outlined in my last: it is just too provocative. The exception would arise if talks broke down early (with many in the City joining me in fearing this), in circumstances leading HMG to wish to place something before the bar of world opinion.

For the time being, however, May will continue emollient, with much reassurance about no cherry-picking or disruption. This makes for asymmetry: less disciplined elements in the EU remain at liberty to be offensive with talk of punishing the UK, on top of the drip-feed of disobliging if not threatening semi-official remarks. This will pose problems for May who will have to placate irritated Tories.

This dynamic will drive UK politics till the autumn, when the Germans go to the polls and (with luck) a definitive shape emerges for the next five years of European politics. This is also when Tusk signalled trade talks might begin. This seems unrealistic, as his communiqué restates that the EU first expects some sort of financial agreement. Over the next six months, expect the Brussels team to pray May’s back-benchers in aid, as in “I can’t sell that back home”. Cameron’s debacle should have taught the Europeans that this is no empty threat.

Meanwhile, Whitehall will be working away – sometimes quietly, sometimes showing a bit of leg – on border logistics, pro forma FTAs with third countries, tax and regulatory reform and WTO reversion: readying plan B against the early failure which is still the most likely prospect.

You can read more from Miles Saltiel at his Blog Brexit2016