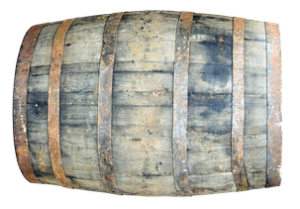 THERE ARE MANY more problems with the Withdrawal Agreement than just the Backstop. Here I provide a brief summary of the issues from a state aid perspective, with a more detailed explanation on the Politeia blog to follow:

1. During the transitional period the EU will apply its state aid law to the UK as if the UK were a member state (art 92(5)), but, given the highly politicised nature of EU state aid law the UK risks uneven treatment because during the transition it will have no political cover. Thus, the European Commission is thought to have moved a majority of its case officers (8 out of a total of 12) to work on UK state aid cases from now onwards, due to the fact that during the transition the UK will be unable to invoke political protection. So the EC will be able to establish successful state aid control over UK cases in ways which it would find politically unachievable in EU27 cases (since their Commissioner would raise a stink, or they would fight it hard in the European Council or Parliament).

2. There is no dispensation for the moment of Brexit itself for the UK. So the risk is that any preparatory steps the UK takes to smooth the path (even contingently) to a no deal Brexit would be treated by the EU as state aid, even though eg Ireland has petitioned to the EU to be allowed to use monies to attract business to Ireland to take advantage of Brexit. Articles 92(5) and 93 etc are not drafted in a manner which forces the EU to be fair in its application of state aid, and Article 93 allows the EU to bring actions for up to 4 years after the transitional period for actions in the run-up to the end of the transition, with those actions being enforceable even after that 4 year period. So there will be uncertainty for a prolonged period both during the transition and after Brexit as to whether state aid applies – at their discretion – and if so the beneficiaries would be liable to repay it. This gives the EU an ability to wield a stick over us.

3. During all of this time, the test for what is capable of being controlled as state aid will be determined solely by the ECJ – and we know it makes up new law through its decision-making. Eg in World Duty Free it held that a tax break for Spanish companies investing overseas was covered, on the basis the tax disadvantaged domestic Spanish companies that didn’t with to invest abroad.

4. Also during this time the European Commission operates the control powers of state aid law pretty much in its absolute discretion. It decides what to approve and on what basis. No two cases are identical, particularly when our circumstances and those of the EU27 inevitably diverge in the run-up to Brexit. So what seems reasonable for us as a state leaving the EU may be seen as unreasonable from the perspective of the EU itself. And it is the EC’s and EU’s determination that is final. As in 2 above, the WA, as drafted, does not cater for the specific interests of the UK but an EU-centric test will be applied for whether there is state aid, and the EC will legitimately apply such an EU-centric test in deciding what action to take, what to permit, on what basis etc. There is unlikely to be a level playing field.

5. During the transition we’re supposed to negotiate our trade deal. Take financial services, where the EU have agreed to do Enhanced Equivalence but haven’t agreed the scope of that yet. They want it to be narrower than the passport but haven’t specified how. In reality there are no good reasons for it to be narrower than the passport and we will wish to push for full coverage. The problem is that, during the transition, the EU will dangle to firms the idea that there won’t be equivalence in their sector, in an effort to get them to move out of the UK to the EU27, and we won’t be able to do anything about it or declare any steps even on the contingency of no deal, to protect ourselves.

In short, we’re sitting ducks during the transition.