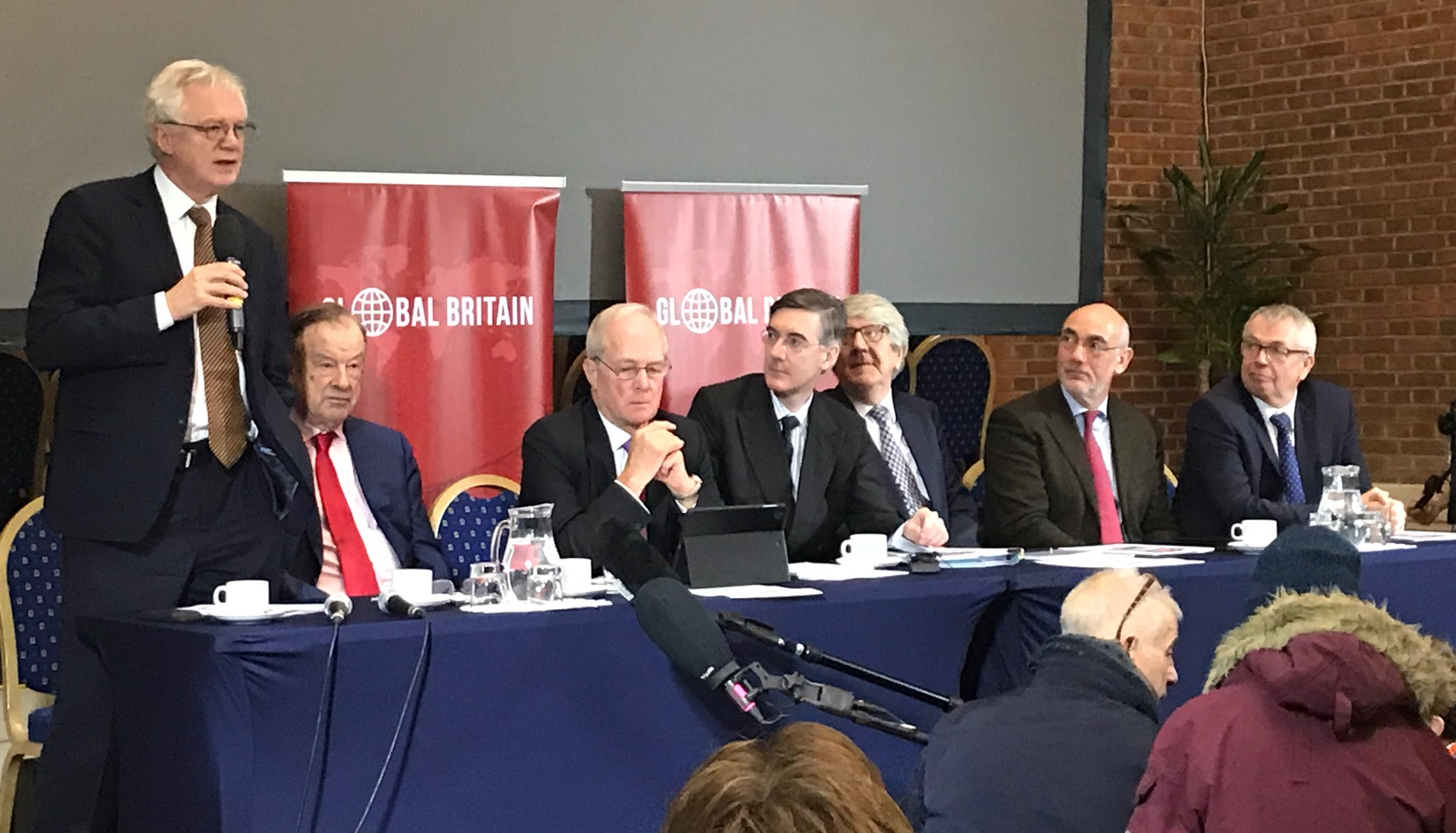 A NEW report demolishing seventeen myths surrounding the UK’s departure from the ghastly EU Customs Union was been launched at a well-attended press conference on Tuesday 20 November.

Held at the Emmanuel Centre in Westminster, the panel of co-contributors included John Mills, founder of Labour Leave and Chairman of JML which imports and exports to over 85 countries world-wide; Sid David Ord, Chairman of Bristol Port, where two-thirds of the traffic it handles is with countries outside the EU; Hans Maessen a leading dutch expert on customs and border technologies – and Simon Boyd, Managing Director of Reid Steel who provided a robust and uplifting foreword for the paper.

A full copy of the report can be read or downloaded here.

The paper exposes as baseless 17 Myths that underlie the fears and scare stories about leaving the EU Customs Union whether for a Canada-style free trade agreement or under World Trade Organisation terms.

Some examples from the paper:

FEAR 1: “Customs paperwork” will have to be “checked at the border” after Brexit, causing delays at ports, queues, congestion on motorways and disruption to supply chains.

“All customs declarations are made electronically ahead of arrival at a port; most consignments are cleared within seconds of arrival; a tiny percentage are physically checked as a result of risk assessment by HMRC computers or intelligence information; and such checks may be carried out away from the border at importer’s premises or warehouses… most checks relate to dutiable goods, drugs or illegal immigrants and are made on the basis of risk or intelligence information. HMRC do not expect any of these risks to increase or new risks to emerge as a result of Brexit” and HMRC “will prioritise flow over compliance”.

“Deliberate delays [at Calais] would breach three treaty commitments (the original WTO treaty, the Trade Facilitation Agreement and the Lisbon Treaty requiring the EU to behave in a neighbourly fashion towards adjacent states).   Of course, legal redress would take time but ports in Belgium and Holland are eager to take trade away from Calais.”

FEAR 2: There are no border procedures or checks on trade with the EU at present so any post-Brexit deal will increase trading friction.

“Companies have to report their transactions with EU countries separately in their VAT returns; pay duty on tobacco and alcohol (which yield far more revenue than tariffs would in the event of ‘no deal’); they may be searched for illegal drugs or immigrants; drivers must show their passports; and companies of any size must submit details of their intra-EU trade to Intrastat.   All but the latter (which will be replaced by customs declarations) will continue post Brexit and constitute the major element of border compliance.”

FEAR 3: WTO rules require checks to be made at the border.

“Checks of customs declarations are carried out electronically and physical checks often made at importer’s or exporter’s premises.   Even the Union Customs code, which requires agri-food checks at border inspection posts ‘in the vicinity of the border’ allows them to be as far as 40 kms inland.”

FEAR 4: Just-in-Time supply chains only operate exclusively within the EU.

“A fifth of components imported by UK motor manufacturers come from outside the EU, and their timely arrival is just as essential to the reliable operation of assembly lines.   They are subject to customs procedures that do not cause the problems supposed to be likely when applied to future imports from the EU.”

“Free trade areas – e.g. NAFTA – are more ‘trade creating’ than the EU customs union.  Businesses in Switzerland, Norway and other EEA countries are not complaining about completing customs declarations let alone calling to convert their free trade arrangements into a customs union.  This may be because they welcome the free trade agreements their countries have been able to negotiate which would not be possible within a customs union.   The Swiss have FTAs with countries whose combined GDP is three times that of the FTAs negotiated by the EU.”