Nicola Sturgeon’s bluff has been called

Nicola Sturgeon’s bluff has been called 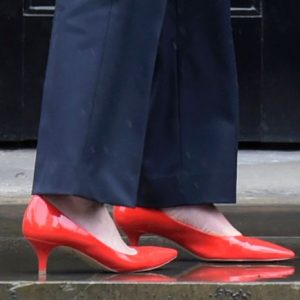 THE PRIME MINISTER has called Nicola Sturgeon’s bluff. The First Minister has been told in front of millions who watched and and the millions more who read about it after that the UK will be leaving the EU’s Single Market and to all intents and purposes its Customs Union too.

Sturgeon had said that the leaving the EU had made a second independence referendum “highly likely”. She then modified that statement to say that leaving the Single Market would be an economic catastrophe and would make a second independence referendum “almost inevitable”. She submitted a paper that argued Scotland could stay in the Single Market while the rest of the UK left it – but nobody takes the paper seriously. It is as credible as the claim that two million real people responded to an SNP consultation on independence. It is bullshit. And she knows it.

Even some of her own advisors have rubbished publicly the idea of Scotland alone remaining in the Single Market. Other EU countries have said they will not accept it – the negotiation is with the UK and the decisions will be made between the EU and UK.

It has often been said that the Prime Minister’s phrase “Brexit means Brexit” was meaningless, but now that Mrs May has delivered a carefully crafted explanation of the principles that will govern her negotiations and her twelve goals there can be only one conclusion – leave means leave.

More important still, the Prime Minister included two fundamental statements that threw down the gauntlet to this country’s opponents in the EU and closer to home in the corridors of the Scottish Government.

May’s first revelation was that the UK will not be applying to be inside the EU’s Single Market or Customs Union. Period.

The UK government has decided it is not possible to remain inside those constructs if the country is to regain full control over making and changing its laws, or being able to manage immigration to suit our own needs, and be free to arrange trade deals with the fastest growing markets – all of which are outside the EU.

As a bonus she also confirmed we shall also avoid the “vast” cost of sending billions to the EU every year.

Canada has just negotiated a free trade deal with the EU that gives each access to the other’s markets with next to no impediments or costs and no membership fees to gain access to the Single Market. This has been achieved all the while Canada is of far less economic importance to the EU, does not have the same laws that already “fit” with EU laws and is clearly not “European”. The only problem is that it took nearly ten years to negotiate. Even so, the UK already meets the EU’s requirements so what is there to negotiate other than the UK’s extraction from its decision-making processes?

The second revelation was that while May believes that mutually beneficial and constructive agreement can be reached in the Brexit negotiations she recognises and is prepared to accept that no deal is better than a bad deal.

This was a seminal moment, for it displayed a hitherto unseen determination to recognise that operating under World Trade Organisation rules (like most countries do) is better than accepting an expensive regulatory tie-up to remain inside, or have preferential access into, the Single Market and its Customs Union. The EU now knows – and Nicola Sturgeon can see – Mrs May is going to be no pushover.

In laying down those two positions the Prime Minister took the moral high ground of being in favour of an open, tolerant, freely trading nation that, like any other country we might admire, such as Canada or Australia, makes its own laws that govern the land.

She has called the bluff of both the EU Commission and Nicola Sturgeon in one fell swoop. Any punitive proposals from Brussels or an attempt by Sturgeon to force a second independence referendum will be acts of “calamitous self-harm”.

The EU should cut to the chase and start working on the extraction issues and accept the free trade arrangement is the desired goal. There is no reason there should not now be a velvet divorce.

Likewise Sturgeon now knows the UK, including Scotland, is leaving the Single Market, so what exactly is she going to do about it? Huff and puff? Stomp her feet? Call a referendum for 2018?

Nicola Sturgeon insulted the Prime Minister by not having a Union Flag hanging beside the Saltire when she met Mrs May last year in Edinburgh. She has now had the Prime Minister’s response. Those red kitten heels have trampled all over Sturgeon’s allotment.

The public mood in Scotland has turned against the SNP’s desire for a second independence referendum. Having previously said Brexit made it “highly likely” and even now claiming that leaving the Single Market makes it “almost inevitable” the reality is that Sturgeon has already ruled it out for 2017. She should now take it off the table altogether.

If Sturgeon carries on bleating about the Single Market she will be as influential as Anna Soubry, as useful and irritating as a broken record – and in the digital age just as irrelevant.