Cost of Scottish independence now at least £2000 per person per year!!

Home/As We See It/Cost of Scottish independence now at least £2000 per person per year!!

Cost of Scottish independence now at least £2000 per person per year!! 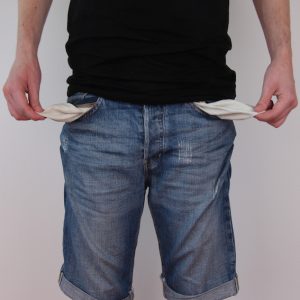 WE HAVE SEEN in recent days and weeks a number of terrorist atrocities in the UK. Our thoughts and prayers must go to those so brutally effected by the actions of these perverted individuals.

Rightly such shocking terrorism acts changes the focus of the debate, however, while making our streets safe must be the overwhelming priority of Government, make no mistake this election is crucial for Scotland.

The SNP has been in power in Holyrood since 2007. Over that period its politicians have fixated on one thing – independence – while the economy underperforms and education sinks. Despite losing its ‘once in a generation’ referendum the SNP has, however, refused to accept the result. The case for independence was very weak in 2014. To separate now would literally be catastrophic for since 2014 Scotland’s economic position has weakened in three key areas, undermining further the case for leaving the UK.

Perhaps the big untruth, however, is we need another referendum because we will be leaving the EU’s Single Market? Last year Scotland exported £49.8bn of goods and services to the rest of the UK. We exported just £12.3bn to the EU (somewhat less than the £16.4bn we exported to the US, Asia and Africa and Australia.) How can it be that exporting £12bn to the EU is critical but the £49bn to the rest of the UK is not? Make no mistake, break up the UK and we create a wall, formal or informal, with our overwhelmingly largest customer making trade that bit harder. The SNP’s stance is riven with contradiction and opportunism.

Scotland has much to offer the UK and similarly we benefit from being part of Britain. Our public spending is 16 per cent per head higher than the rest of the UK and the £15bn spending gap between taxes raised and Scottish spending is only possible from using the UK’s credit card. If separated our deficit would be the largest, per capita in the EU and OECD. More than Greece. It would be unaffordable and the SNP would find out the meaning of real austerity with enforced massive public spending cuts and damaging tax rises.

We estimate that breaking up the UK would cost the average Scot £2,000 every year, as a bare minimum. Such is the magnitude of the risk that I urge you to use this critical General Election to send a loud message to the SNP that Scotland benefits from being united with the UK by rejecting the SNP narrow, negative vision of Scotland.

is author of the Scottish Research Society report Saving Scotland from Financial Meltdown and director of Global Britain.